The Chamber of False Things

from The Barnum Museum by Barry Schrader 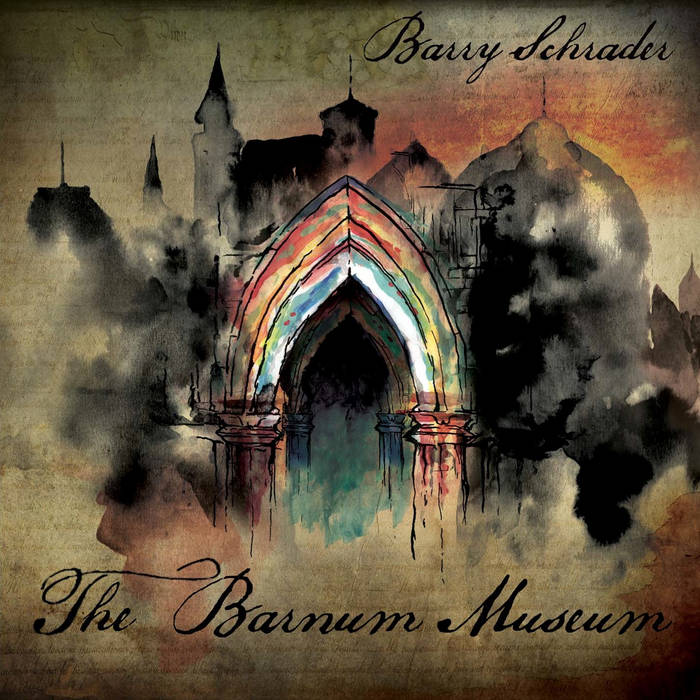 You now move to The Chamber of False Things, itself containing many rooms. You first visit the Porphyry Figurines from Atlantis, which are arranged in a large glass case. These figurines are said to have come from the Garden of Cleito, the wife of Poseidon and mother of Atlas, for whom Poseidon built an elaborate park on the island of Atlantis. As you look at the figurines, depicting gods, goddesses, and animals of ancient myth, their muted purples, greens, and coppers, flecked with magical pieces of glitter, impress you. As you stare at the figurines, you can almost imagine the gleaming and glancing of disturbed water, rising yet again to plunge Atlantis into the depths.

Your next visit in he Chamber of False Things is the exhibit of the Golden Cups from El Dorado. These are said to have come from a three thousand year old pre-Inca ceremonial center in Peru. Found in a large tunnel underneath an ancient pyramid, the Golden Cups from El Dorado are believed to be part of a primeval ritual in which narcotized youths were taken underground and presented with the sounds and sights of the gods. Using torches, the light casting grotesque shadows on the stone walls, and sounding trumpets of silver and flutes of bone and wood, their calls echoing around the circular tunnel, the priests would put on a show intended to terrify those chosen for sacrifice. The victims were then led to the top of the pyramid, accompanied by the sounds of drums, percussion, and conch shells where they were ritually slaughtered. The blood of the chosen was caught in the golden cups as it poured from their bodies down the sides of the pyramid, as flutes and conch horns sounded yet again. As you look closely at the Golden Cups from El Dorado, you notice tinges of red that stain the hearts of the chalices.

As you move away from the golden cups, you notice a faint but gleaming distant light that seems to shimmer in a liquid way. As you move closer, you see that this is a large fountain, illuminated from above and below, with a marquee that states it is Water from the Fountain of Youth. As you move closer to the fountain, you notice a sweetness in the air, a sense of ionic well-being, as after a rainstorm. Staring at the water in the fountain, you feel as though it is speaking to you, voicing some unbelievable and primordial promise. You begin to wonder if, indeed, the articles in The Chamber of False Things are really counterfeits, or are they really things so ancient and valuable that the only safe way to exhibit them is to falsely proclaim them as fakes? After all, you reason, if such things as mermaids, griffins, and flying carpets can exist, why can there not be a real Fountain of Youth? As you consider this and stare ever more deeply into the fountain’s waters, you are convinced that if only you can touch the water, perhaps even taste the water, you will be changed forever into something magnificent and eternal, instead of something paltry and fleeting. But as you reach to touch the water, an alarm sounds: it is the closing signal of The Barnum Museum. Quickly, you are moved away by the museum guards as you watch the Water from the Fountain of Youth seem to increase its flow and take on an internal glow. As you leave the museum, you promise yourself that you will return soon; you must return soon. Having experienced The Barnum Museum, mere reality will forever pale in comparison, and you vow to return to the Impossible as quickly as you can.