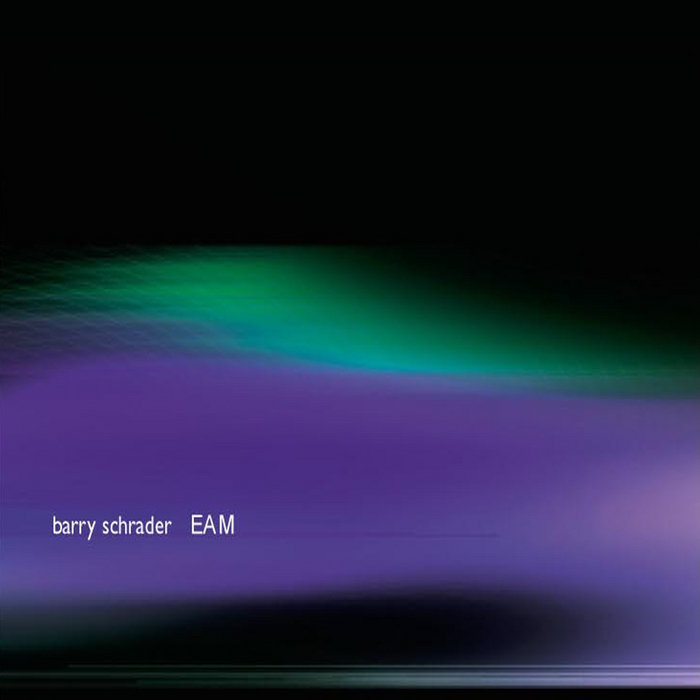 Unlike many of his electronic brethren, Schrader keeps his focus on pitch and rhythm, if not always at the same time. Beyond that, he has managed to implement timbre fully as a structural tool – a point that many composers have discussed without true success. That he relies on knobs and buttons rather than live players accounts for some measure of Schrader's success. But even still, scores of studio musicians have toiled in a studio without stumbling upon anything resembling a distinctive voice. But listeners will almost certainly recognize Schrader's work the next time around.” - Ken Smith
— Gramophone

With "EAM", Schrader delivers a set of interesting and exciting pieces. The works showcase Schrader's skill at creating music that carries on the experimental tradition of classical electronic music, while still managing to be immediately accessible. The first work featured on the CD, "Bachahama", reworks the music of Bach with synthesizers, but won't be mistaken for a Switched-On version. Schrader arranges the originals with imitative electronic timbres, but that doesn't seem to be the focus of this piece. He also uses the compositional capabilities offered by electronics to reshape the lines of the music, and to evolve the sound of individual voices over time. The piece draws upon two works of Bach that will be familiar to fans of classical music: the C-Minor Fugue from The Well Tempered Clavier; and the Air on the G String. Schrader creates a fast-slow-fast form by sandwiching the Air between two takes on the Fugue. In the Fugue, Schrader arranges it with percussive harpsichord-like timbres that lull the listener into expecting traditional Bach. Schrader then begins to shift notes in time, and tone clusters begin to jump out of the stream of traditional counterpoint, punctuating the fact that this is a modern reinterpretation. In the middle section, the lyrical Air is also arranged with traditional-sounding tones, but they evolve over time in ways impossible with traditional instruments. "Bachahama" serves as a fitting introduction to the music on the CD. The rhythms and textures of this piece, and others that Schrader presents here, have the feeling of a performance. They seem full of movement - they would be an ideal match for modern dance. With these pieces, Schrader embraces the experimental tradition of electro-acoustic music, but does not distance himself from the greater tradition of classical music. The next piece, "Ground", is based on the idea of an ostinato, or repeated figure, that continues throughout a piece. Schrader's use of repeating material isn't as static as many classical examples. Like traditional works, though, much of the interest in this piece is in how the composer weaves the figure into changing contexts, sometimes bringing it to the front, and sometimes disguising it. "Ground" begins with a restrained expression of the figure. Schrader evolves the timbres of his voices, creating a sense of tension, and brings the piece to two clangorous climaxes before returning to the calm of the beginning. "Dance from the Outside" combines pure electronic sounds and sampled, or music concrete, elements. The sampled elements add a more organic texture to this piece. Schrader contrasts breathy wind tones with percussive sounds. Some listeners may hear echoes of Otto Luening's electro-acoustic flute pieces. "Still Lives" is a set of five brief pieces. The first piece explores slowly evolving timbres. There's no real melodic or harmonic movement, but the shifting tone color creates a feeling of constant change. The second piece is very polyrhythmic. Metallic, percussive sounds are added one after another, creating a texture that increases in complexity until the section ends in one climactic pop! Schrader returns in the third piece to the slowly evolving textures of the first piece. The middle piece, though has a darker feel to it, because it uses more aggressive, discordant timbres. The fourth piece echoes the percussive feel of the second piece, but uses more drum-like sounds. The final piece again features slowly evolving textures, but also has a sense of foreground and background voices. The last composition on the CD, "Triptych", seems to sum up Schrader's approach. It's the longest of the works, with three main sections that run together continuously, lasting about twenty minutes altogether. The piece has an overall slow - fast - slow form. Each section seems to focus primarily on one aspect of music: pitch, rhythm, or timbre. The first section explores slowly evolving timbres, and contrasts lyrical elements with harsher or piercing sounds. The second section is more rhythmic, and uses more traditional percussive sounds, including bell-like pitched sounds and drum tones. It alternates the melodic pitched sounds with driving tribal drum rhythms. The final section explores changing electronic timbres, almost like an electro-acoustic parallel to Ravel's "Bolero". Schrader repeats a short musical phrase throughout the piece. With each repetition, the sounds used to voice the phrase change slightly, evolving from percussive tones to long, shifting tones. With "Triptych", Schrader starts with minimal material, yet creates a lengthy work that is full of interest, through variations in fundamental elements of music. His use of slowly evolving and changing timbres help give his work a unique voice. With the works on "EAM", Schrader balances the impulse to be experimental and original with a need to connect with the emotions and instincts of listeners. The result is music with lyricism, passion, rhythm and drive that makes music the master of technology. "EAM" is a must-have for electro-acoustic music fans.
— Synthtopia